The store will not work correctly in the case when cookies are disabled.

Laminated glass is a high-end safety glass. It is highly durable and impact-resistant. Laminated glass goes through an extensive manufacturing process that outfits it with extra-strength and endurance. An extra benefit of laminated glass is its energy efficiency and protection against the harmful UV radiation of the sun. On very hard impact, the laminated glass breaks but still holds its ground and stays in the frame. It is therefore used in places where a high level of safety and security is desirable. Laminated glass is available in a wide variety of colors, designs, and styles to suit the interior and enhance the exterior.

Choose From Instock/ Ready-to-Ship Items Below 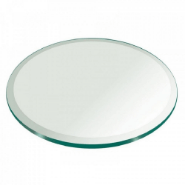 Do You Need Installation?

Get Help From Our Top Experts

If you have limited knowledge about glass products, our expert can help you. Contact them at (863) 666-0776

Laminated glass is produced by combining two or more sheets of tempered glass which are interlayer of PVB film. Due to the bond of PVB glue film, even when the glass breaks, its fragments stay together on the thin film that reduces the risk of harm to anyone in result of glass breakage.

Laminated glass can be cut to your exact specifications so that whatever size you need, you can get it! Laminated glass thickness and shape can also be customized, whether you need square, rectangular, circular, or any other shape of window or other glass, such as for a tabletop. The laminated glass prices will vary depending on the specs that you require.

Because laminated glass can be created in nearly any dimension, it is a great option for reducing noise. Because of its density and thickness, laminated glass does an outstanding job of muffling sound.

The strength and nearly unbreakable features of laminated glass makes it a great option for security and safety. In fact, it is used in many safety scenarios, such as roofs and skylights.

The windshield is the first layer of defense in the car. It needs to be ultra-strong safety glass. That’s why automotive windshields are almost always made from laminated glass to prevent shattering and injury during an accident.

Laminated glass is most commonly used in scenarios where the strongest glass on the market is needed, such as for structural glass or auto windshields. It is also used for roofs, floors, tables, and railings, among others.

With its strong insulating feature, laminated glass helps protect against harsh weather so that you can feel comfortable and protected at all times.